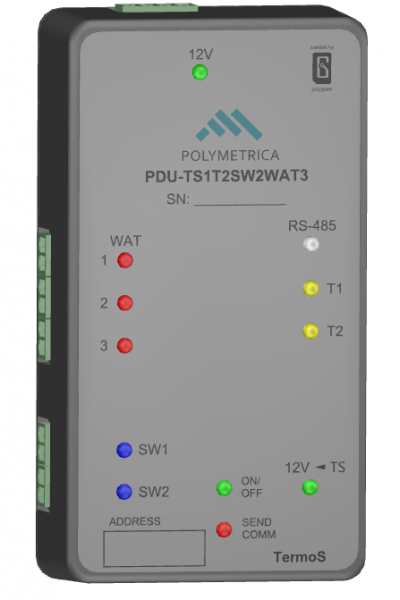 PDU-TS1T2SW2W3 constantly with a period produces: issuing commands to control the thermal curtain; polling the status of two reed switches, forming time diagrams: – time in minutes of “closed doors”; polling of the state of three consumption channels: “0” – no consumption, “1” – presence of consumption; upon reaching the set time of “closed doors” – (reed switch SW1) switches off the heat curtain and turns it on when “opening the doors”, that is, changing the commands for controlling the heat curtain according to the given algorithm.
PDU-TS1T2SW2W3 continuously with a period of 5 minutes: measures the temperature of two DS18B20 temperature sensors.

Do you have any questions?